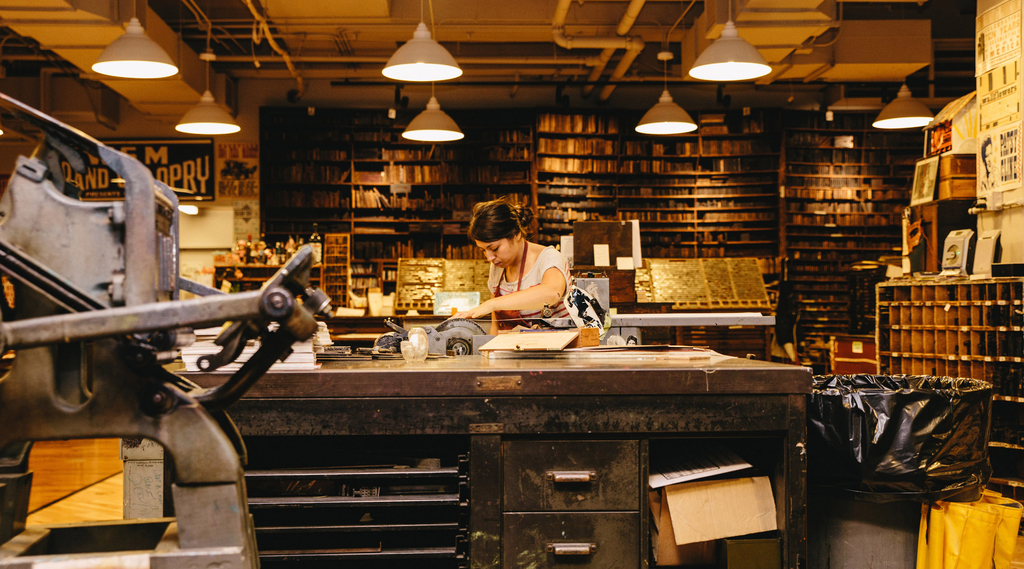 The Hatch Show Print in Nashville is one of the few surviving traditional commercial poster print shops using wood type and letterpress printing. It was founded in 1879 and has been successful for a long time specializing in printing event posters.

In the printmaking world, The Hatch Show Print (HSP) is known for two things. First of all, for its very recognizable traditional American Style, and secondly, for having be able to survive and thrive when letterpress printmakers everywhere had to close because of the rise of offset printmaking. When asked what the secret of their 139 year success is, they answer that it is “the fact that they have always been able to adapt their work to the needs of their customers”. The only reason the HSP has been able to do that is because their designers never left the shop. Since it opened its doors, the HSP never printed posters or ads that were not created by them. Its founders, the Hatch brothers, always looked for simplicity, for a balance between type size and style, and a typeset full-justification. Their decision resulted in stunning posters that are since then printed by hand, one at a time, one color at a time.

More than a century later, these basics of good design still exist in HSP prints because they still use the foundation of poster design – the original wood and metal type: “We are using the same type the shop has acquired and used since it opened in 1879, and combined with hand cut blocks, ink colors mixed by hand, and prints made by hand, well, all of that comes across in the final posters. They are not perfect, so you can connect with the handmade quality of them. This process, that is different than any of the fast processes available today makes the work special, and valued”. 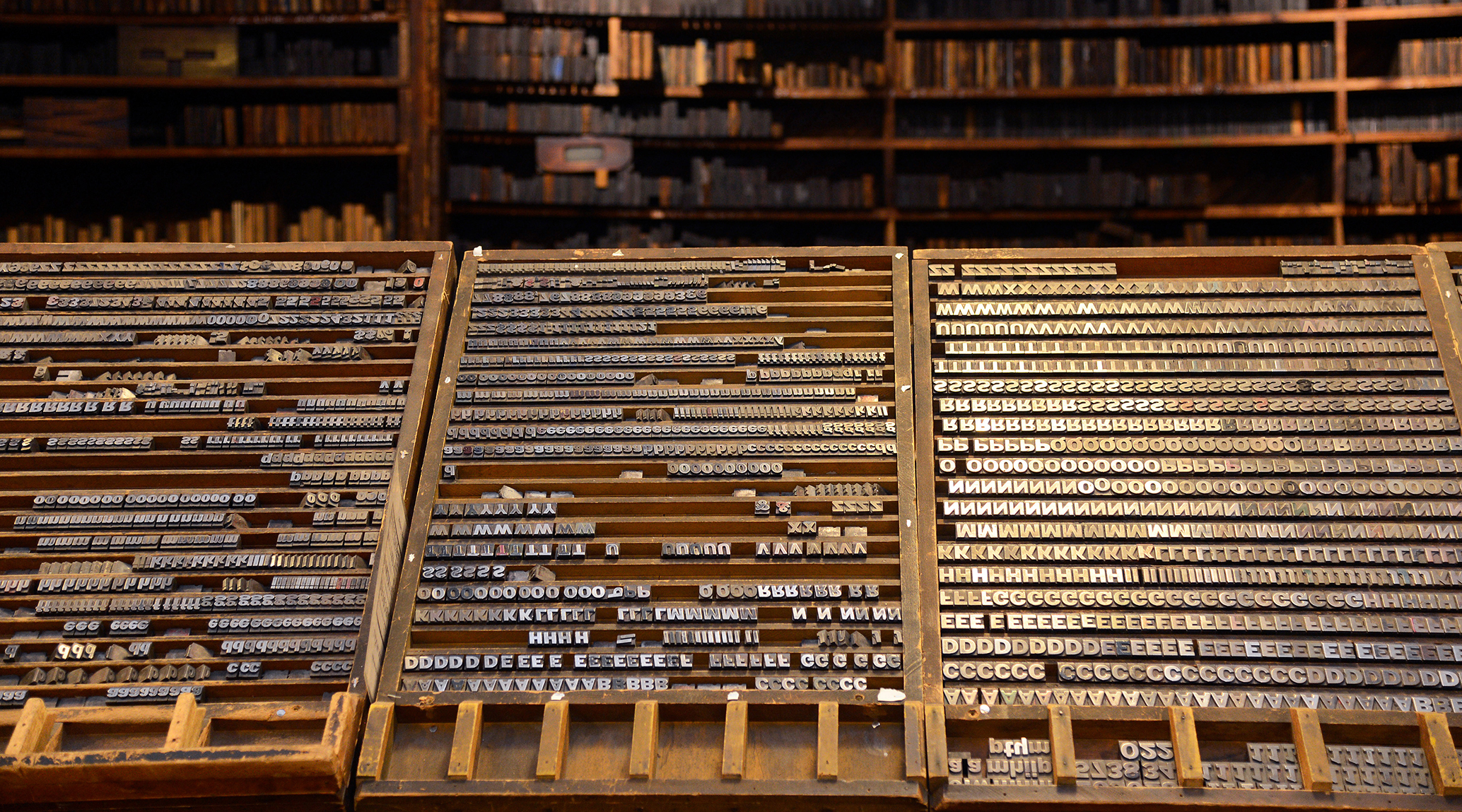 This explains why in the the late 20th century and early 21st century, businesses and entertainers have looked to the HSP to create posters that are now used as commemorative pieces to celebrate an event or a meeting. Nowadays, country music artists and other ”old faithfuls” are still purchasing posters from the shop, as do newer forms of entertainment, such as all-star wrestling and rock & roll.

Today, HCP is also fully dedicated to the preservation of its collection of wood-type and woodcut imagery. They have been reusing image and type elements over and over again for more than a hundred years. It means that some of the types that used today were involved in the making of posters for Elvis Presley, Hank Williams, Louis Armstrong or Dolly Parton! Moreover, transmission of letterpress printmaking knowledge is one of HCP’s missions, especially that they see this technique also as a process for producing art. This is why every year they welcome students graphic designers for internships in Nashville so that they can contribute to the renaissance of letterpress: “It is so far removed from what most people interact with each day (cell phones, computers, and other digital tools), that education about the history and beauty of the process is quite important, for letterpress printing to continue to survive and thrive”.

This website uses cookies to improve your experience while you navigate through the website. Out of these, the cookies that are categorized as necessary are stored on your browser as they are essential for the working of basic functionalities of the website. We also use third-party cookies that help us analyze and understand how you use this website. These cookies will be stored in your browser only with your consent. You also have the option to opt-out of these cookies. But opting out of some of these cookies may affect your browsing experience.
Necessary Alltid aktiverad
Necessary cookies are absolutely essential for the website to function properly. This category only includes cookies that ensures basic functionalities and security features of the website. These cookies do not store any personal information.
Non-necessary
Any cookies that may not be particularly necessary for the website to function and is used specifically to collect user personal data via analytics, ads, other embedded contents are termed as non-necessary cookies. It is mandatory to procure user consent prior to running these cookies on your website.
SPARA OCH ACCEPTERA