Hybrid Printmaking is a lecture series that is part of the Generation Graphics project. The project hopes to encourage experimentation and the desire to challenge established concepts in graphic art through a workshop for professional artists as well as a series of public lectures. Digital processes can meet traditional methods with the hope that new exciting hybrid working methods will arise. Grafikens Hus wants to drive questions on the future of printmaking and how it can be defined. Each medium has its own rules, and each tool has unique features that affect the result, but what happens when rules are broken and the boundaries are challenged?

The lecture series’ three artists; Victoria Browne, Fay Nicolson and Hilary Powell, have been invited to attend a workshop for the participants of Generation Graphics at Grafikskolan, and to present at the Royal Academy of Art on their work in the expanded contemporary art field, focusing on graphic methods. All three lecturers appreciate experimentation, resulting in three exciting practitioners that combine research on post-digital printing processes with performance, recycled industrial materials and dance. 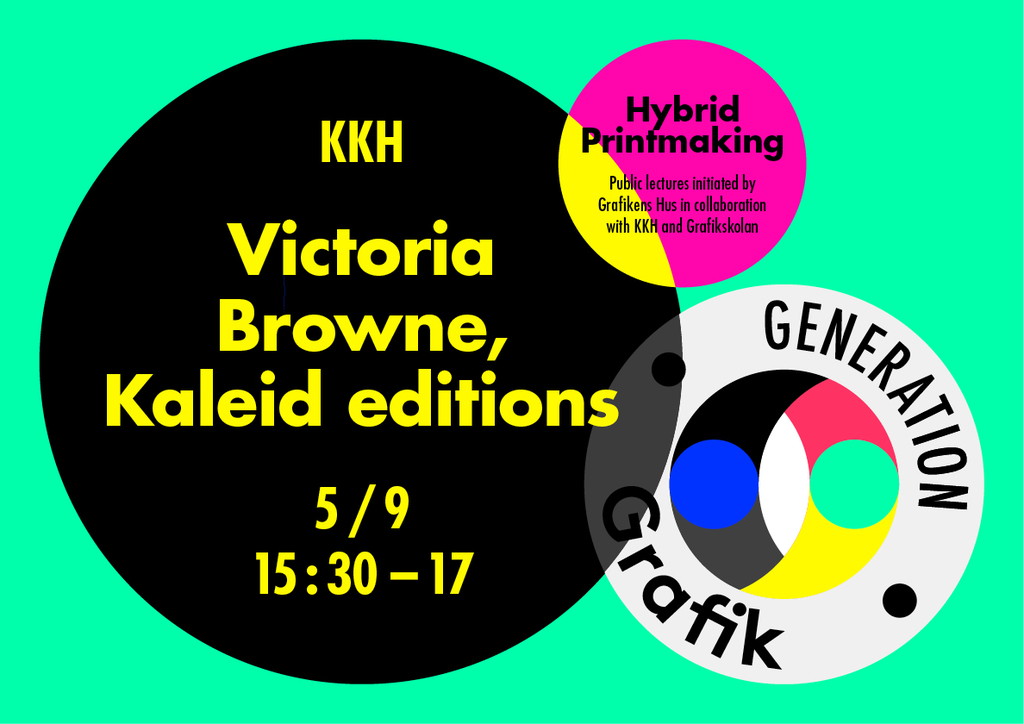 Victoria Browne’s artistic practice draws on methods of post-production and formalism in painting that explore post-digital print processes. In her role as Associate Professor of Print and Publishing at the Kunsthøgskolen in Oslo, she is currently researching the process of reduction in multi-plate printmaking. As the founder of KALEID editions, Browne represented European-based artists’ publishing until 2016. She has recently established an academic framework in the development of publishing as artistic practice at KhiO and is the recipient of two Birgit Skiöld Memorial Trust Awards for excellence for her artists’ books.

The culture of use has previously relied on print’s imitating properties to reproduce, repeat and multiply the original as copy material. Today in an era of post-production, Browne’s artistic research attempts to re-interpret this definition, to master the qualities innate in print as a medium of creative expression and of recontexualisation. 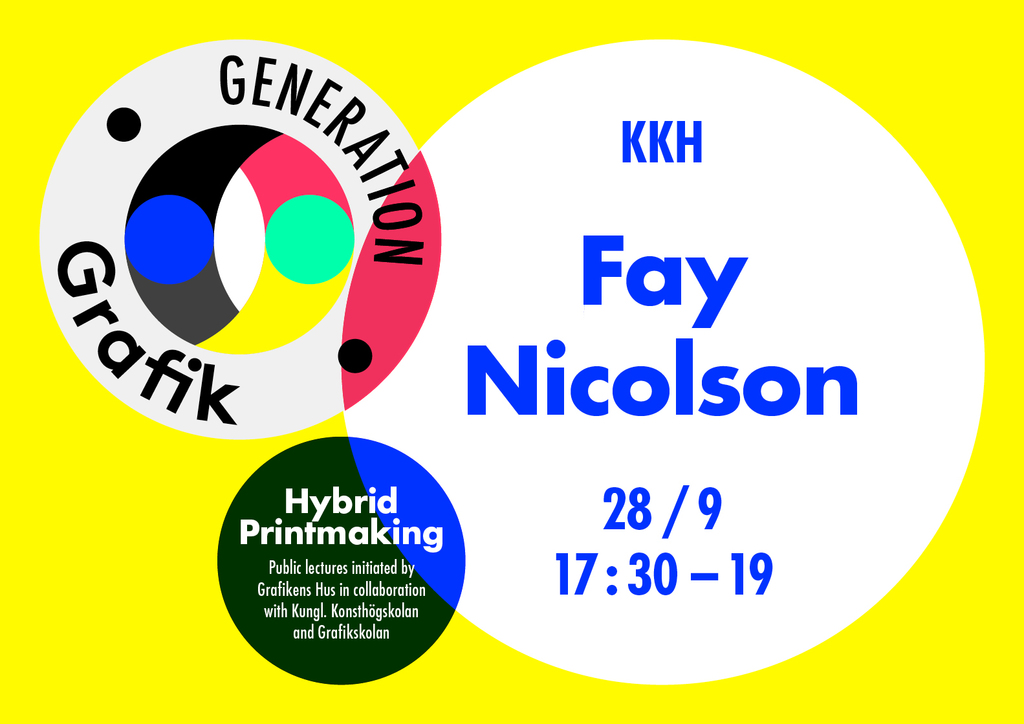 Fay Nicolson plays with the limits of painting, image and object and how these definitions relate to the Body. Her works shift fluidly between printmaking, paint and sculpture with a focus on ideas of learning, documenting and performance. Nicolson is interested in transitory or ambiguous objects alongside a curiosity about modes of working that test or collapse our ways of reading discipline/s. She likes images that imply process or a history of looking, gathering, translating, combining, and repeating. Fay Nicolson is interested in weavings as a metaphor for expanded (image) making; taking separate elements, handling and twisting them, knotting and inverting them to form a structured surface, a malleable object that can also be read as a flat image.

Hilary Powell makes work that moves across media and demolition sites, in and out of scrap yards and academia remaining paradoxically consistent in its investigation of change, transformation and construction/destruction (of atmospheres, sites, materials and visions).

Hilary Powell is based in The Netherlands (Utrecht Hogeschool voor de kunsten) and Prague (DAMU theatre academy). Hilary Powell has a BfA in Fine Art from the Ruskin School of Drawing and Fine Art, Oxford University and an MA in Scenography (Central St Martins School of Art and Design). She has a PhD in Cultural Studies from Goldsmith’s College, University of London, has been an Honorary Fellow at the London Consortium.

Hybrid Printmaking is part of Generation Grafik and was made possible through support from the PostkodLotteriets Kulturstiftelse theme fund.